Why has the Commission adopted an EU Strategy for international cultural relations?

In a fast-changing, inter-connected world, cultural relations offer a unique opportunity for improving relations with EU partner countries. Culture is a valuable resource to tackle many of the challenges Europe and the world are currently facing - such as the integration of refugees and migrants, countering violent radicalisation and the protection of cultural heritage.

The potential of the cultural and creative sectors and the economic benefits of cultural exchanges also need to be tapped into to contribute to inclusive growth and job creation in the EU and its partner countries.

Several parties - Member States, the European Parliament and civil society - have called on the High Representative and the European Commission to develop a strategic vision to advance international cultural relations. The call to draw up such a strategy is also underpinned by the Preparatory Action on Culture in EU External Relations, which highlighted the need to implement a new model of cultural cooperation, based on co-operation and peer-to-peer learning.

The global context makes the call for the development of an EU strategy only stronger. Increased cultural cooperation and direct contacts and exchanges between people will contribute to making the EU a stronger global actor, in line with the ninth priority outlined by President Jean-Claude Juncker, reflecting the ambition of the EU's forthcoming Global Strategy.

What are the main objectives of the new strategy?

The EU strategy for international cultural relations will focus on three main objectives: 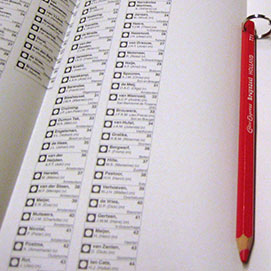